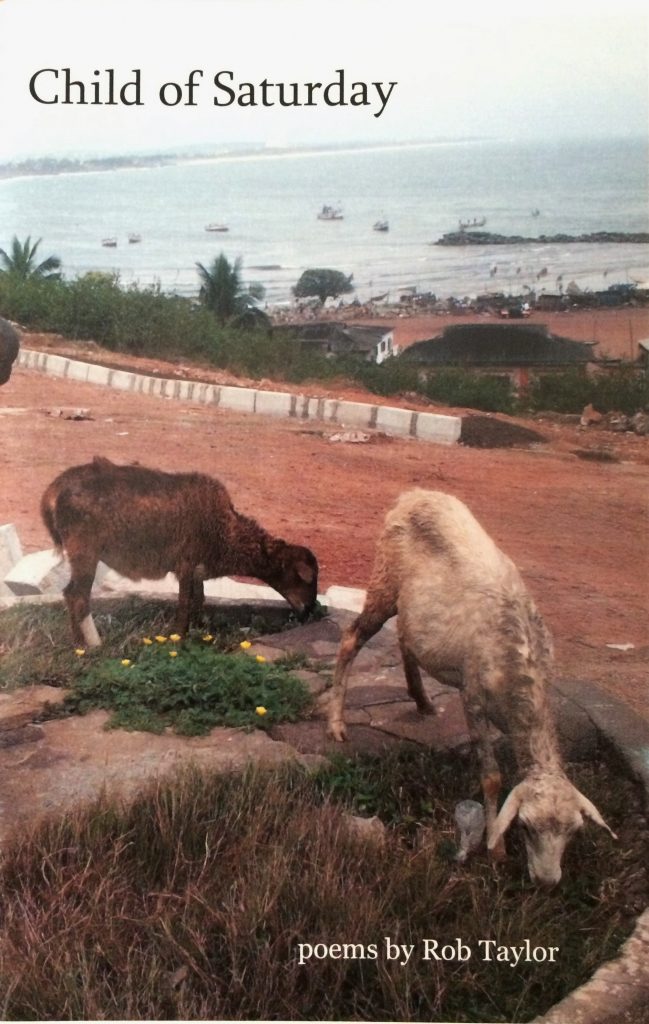 Child of Saturday features eleven poems written in 2006-07 while my wife and I lived in Accra, Ghana. Poems from the collection have appeared in The Antigonish Review, The Dalhousie Review, Geist, Munyori Poetry Journal, The New Chieftain Tongue and One Ghana, One Voice. Poems from the chapbook were later collected in The Other Side of Ourselves.

Child of Saturday was released in November 2008, and sold out in March 2010. Included with the chapbook was a broadside of poems by Ghanaian poets Vida Ayitah and Edith Faalong. All proceeds from sales went towards the operational costs of One Ghana, One Voice.

The Slave Castle of Elmina
Viciously in our Throats

“Child of Saturday is a formidable addition to the young writer’s canon… Taylor is a careful architect of the moment, building word upon word and line upon line so that the purpose and structure of each poem is only revealed in the final syllables… Piece by piece, Taylor is seemingly building a most meaningful and respectable literary career.”