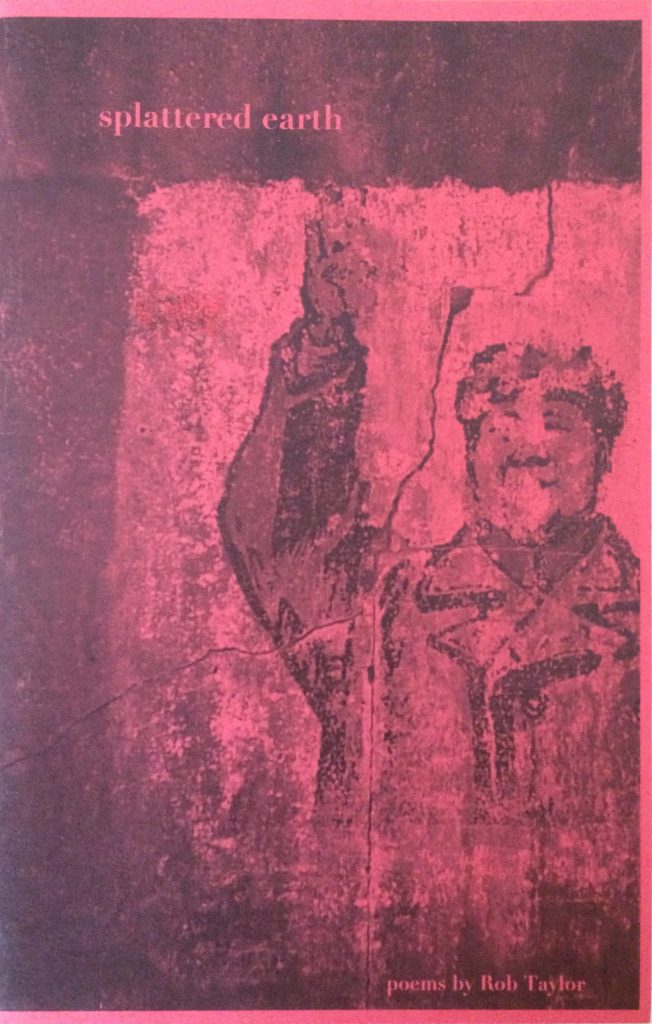 splattered earth features ten poems written following a 2002 trip to China. It was originally published in March 2006 and sold out in March 2011.

“I can’t usually read regular poetry. It makes my vision blur and / or my eyes cross. When I received Rob Taylor’s travel poems I wasn’t excited… But here’s the thing. I liked them much much more than I thought I would. His beat… satisfies and intensifies the culture he is trying to translate, or rather, absorbs it. The poems are sincere and everyman.”

“”Foreigner” and “The Cops in Hong Kong” are worth the cover price alone. splattered earth should particularly appeal to travellers, but it’s a delightful read for any lover of unpretentious poetry.”