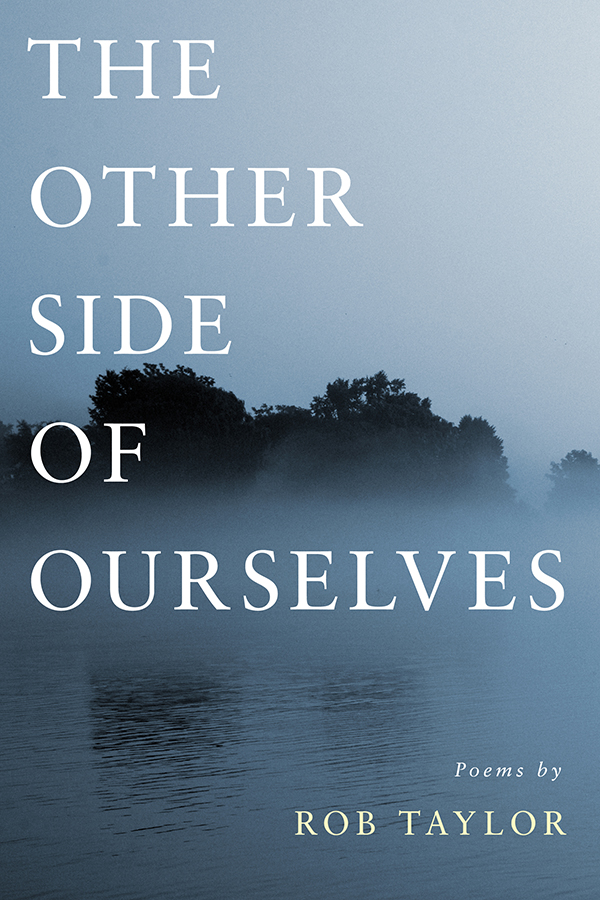 My first collection, The Other Side of Ourselves, features fifty poems written between 2003 and 2010. It was published by Cormorant Books in April 2011. It went into a second printing in April 2012, which sold out in January 2018. It is currently out of print.

The Other Side of Ourselves was the Spring 2012 selection for the Vancouver Book Club, and a poem from the book (“Summer”) was selected for inclusion in BC’s Poetry in Transit program. Poems from the book have also been collected in multiple anthologies, including In Fine Form: The Canadian Book of Form Poetry, Rocksalt: An Anthology of Contemporary BC Poetry, Love Me True: Writers Reflect on the Ins, Outs, Ups and Downs of Marriage, The Revolving City: 51 Poems and the Stories Behind Them, and Beyond Forgetting: Celebrating 100 Years of Al Purdy.

“Rob Taylor’s debut collection, The Other Side of Ourselves… shows considerable talent and imagination… The best of Taylor’s poems are memorably fresh and startling in their simplicity and originality of perspective and approach. ”

“Taylor won the 2010 Alfred G. Bailey Prize for an unpublished poetry manuscript. This resulting book is rich with promise… anyone who can write a good poem — as Taylor does — about writing bad poetry, is a poet of talent.”

“Taylor’s scope, his canvas, is an inclusive panorama. He’s a full palate painter… Taylor has a wicked sense of humour and an almost perfect grasp of gravitas. He’s plenty serious when he needs to be… Rob Taylor confidently tackles the big issues — God, love and morality. But he isn’t preachy, he leaves us to draw our own conclusions.”

“The book is a spare collection – just 50+ poems – but the work is so insightful and provocative and enjoyable that reading slowly and over time is the perfect way to enjoy them… the beauty of Taylor’s poems is clear throughout the book; the warmth, even about difficult topics, feels eminently real and human, reflecting a world both recognizable and desirable.”

“Computer Monitor Ekphrasis” and “December Sonnet” are worth the price of admission alone… it’s obvious, at 27 and on a roll, that Taylor’s got lots and lots of good poems left in him.”